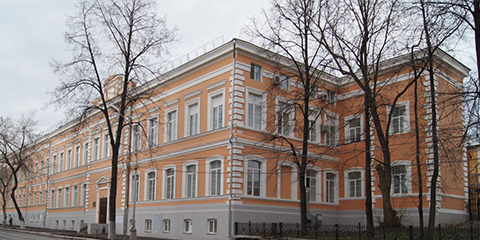 by admin March 11, 2021
MBBS, Study MBBS In Russia
About University

The HUNDREDTH ANNIVERSARY OF MEDICAL EDUCATION IN URAL The history of Perm State Medical University named after E.A. Wagner, as well as the history of higher education in the Ural as a whole, goes back to October 1916, when Medical Faculty of Perm University was founded. About 350 future doctors were admitted to the faculty during the first year that made 70% of all students. A large group of specialists, mainly young, but well-known in scientific and social circles, came to Perm from such universities as Petersburg, Moscow, Kharkov, Kazan. In extremely short period of time, there were created scientific schools and trends in the sphere of electrophysiology, physiology, immunity physiology, anaphylaxis (B.F. Verigo School; B.F. Verigo – a great representative of Russian physiology, a world-known scientist); in comparative histology of connective tissue, tissue evolution, tissue structure parallelism (A.A. Zavarzin School; A.A. Zavarzin – one of the founders of evolutional histology, who later became academician, the State Prize laureate); in comparative invertebrates anatomy, comparative and evolutional parasitology and entomology, natural conditions of malaria mosquito propagation in Ural (V.N. Beklemishev – the founder of scientific school of parasitologists and medical entomologists, the author of the theory of malaria landscapes, who later became academician, the State Prize laureate – twice). Reorganization of higher education all over the country in 1930 has led to separation of independent medical institutes (1931) from the universities. The heads of Perm Medical Institute, and since 1994 Perm State Academy of Medicine were: N.F. Bolshakov (1931-1934); division doctor P.P. Sumbayev (1935-1950); Professor A.F. Mamoiko (1951-1952); Professor I.I. Kostitsyn (1953-1960); Associate professor T.V. Ivanovskaya (1960-1969); Academician E.A. Wagner (1970-1995); Professor V.A. Cherkasov (1995-2005). During the Great Patriotic War, the graduates and staff of the institute proved their high professional level. For production of typhous vaccine in 1942, Professor A.V. Pshenichnov (graduate of Medical Faculty of Perm University) and Associate professor B.I. Rather were awarded the State Prize ( January 1946). In the course of the war, the staff of the institute carried out more than 300 scientific-research studies, at the same time realizing their professional duty at the hospitals of Prikamiye. New generations of scientists, new scientific schools reflect the most important peculiar features of science of the second half of the 20th – beginning of the 21st centuries, which are based on the principles of interaction between fundamental and applied sciences as well as intellectualization, humanization of higher medical education. Scientific surgical school created by Academician of RAMS E.A. Wagner is known both in this country and abroad. The basic scientific trend includes the problem of thorax, associated and combined injuries.

To make students’ life comfortable at the University, University offer the arrangements for gymnastics, handball, basketball and football grounds. Tennis courts and pools are also open in the campus. An International post-office, a telephone centre, a shopping centre, some restaurants offering dishes of national cuisine of different countries, an international student cultural centre, and a computer centre are situated within the campus.

PFUR student campus is the winner of the “Best campus’ Moscow Mayor’s Prize. The university has also won the title “Best student hostel” at the all-Russia contest. The campus occupies 50 hectares of land near a large park and hosts 27 buildings, sport and medical faculties, hostels and shops.12 comfortable hostels have cozy rooms and well-occupied kitchens. There is a TV and Internet in every room. At the disposal of students are Laundromats, dry-cleaners, ateliers and beauty salons. All buildings are a walking distance from each other.

The site of the University Campus is fenced. Electronic gate pass system is strictly maintained. Visitors allowed being identified. Local Police station and the Department of Internal Security control over public order and discipline. Contemporary Fire Prevention system is being applied in all premises of the University.

Share
10 / 52
Need Help? Chat with us
Start a Conversation
Hi! Click one of our member below to chat on WhatsApp
The team typically replies in a few minutes.
International Educations
Customer Support